Every 40 seconds, we lose someone to suicide.

Suicide is one of the most common causes of death around the world, ranking #10 in both the US, and our great state of Michigan. Suicide rates have increased an alarming 33% since 1999, with 18% of all suicides being men and women 60 years and older. And that is just what has been reported.

There are many seniors who take their own life unnoticed. They do this quietly and unassuming. Self-dehydrating, self-starvation, and “accidents” are just a few on the long list of methods used. These go unreported because these methods are often mistaken for natural causes.

Life Crisis
• The loss of a loved one and/or family problems
• Lack of desire, or inability to deal with change
• Valuable items are being given to family or thrown out

History of Mental Illness
• The person expresses depression or hopelessness
• Suicide has been attempted previously, or he/she makes statements indicating their desire to end their life.
• Socially isolated

Substance Abuse
• Substance use or abuse has increased

Other risk factors include, financial/housing issues and legal trouble. 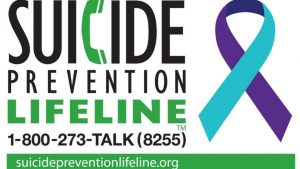